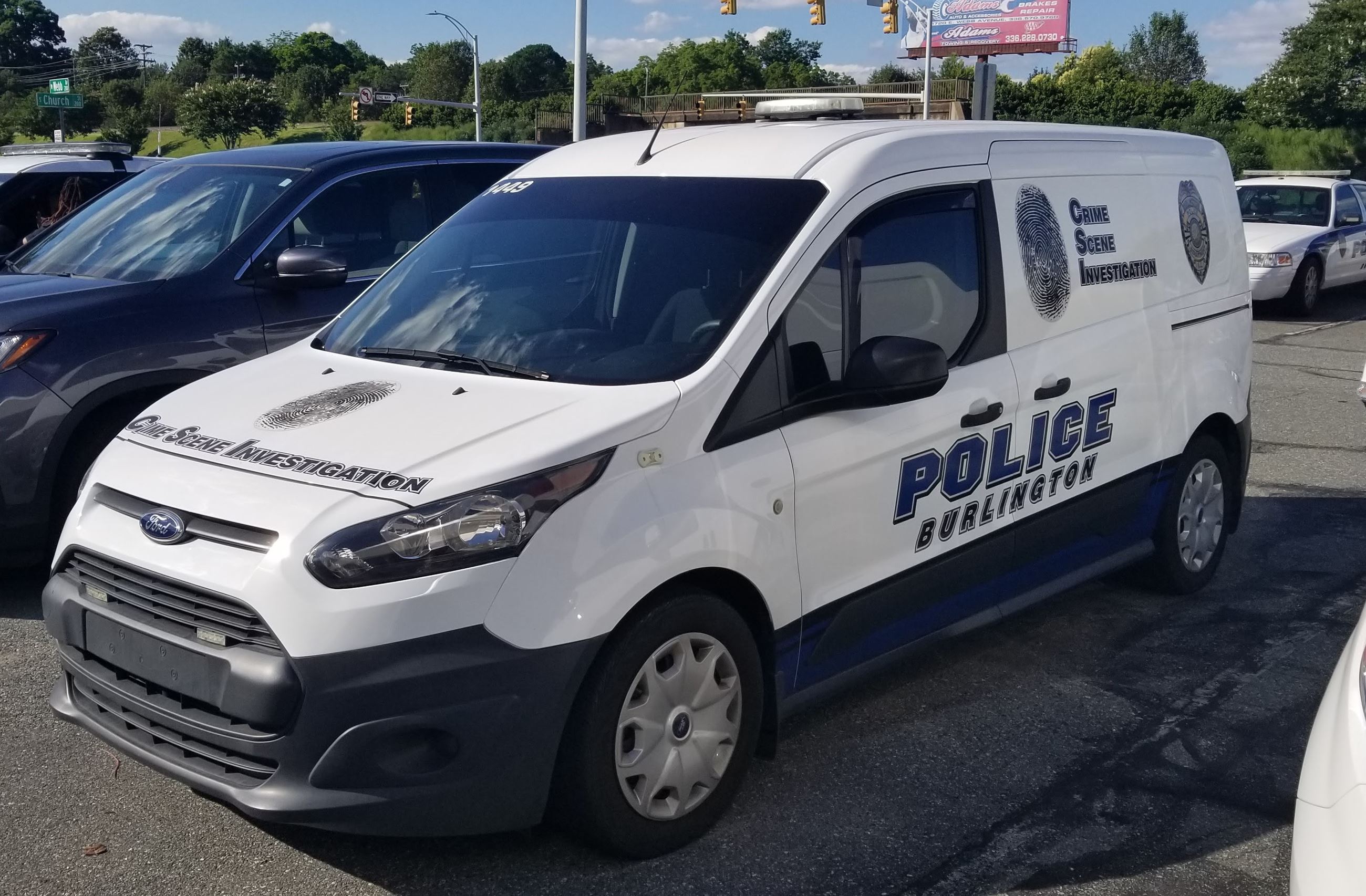 The ECU is staffed by civilian employees. Evidence personnel are responsible for all evidence collected by the officers. They maintain the evidence in a secure area until it is needed for court. When the evidence is no longer needed, a court order is obtained, then they dispose of the evidence. They will, also, assist with special assignments, such as highway interdiction and drug roundups. For more information, contact Mark McMullan.

We have two crime scene investigators. These individuals have been specially trained to analyze and investigate crime scenes for evidence. They can be called to a crime scene to take photos, collect evidence, and process the scene for possible DNA.

The Burlington Police Department releases property by appointment during the hours of 9 a.m. to 4 p.m. It is best to have an established appointment when retrieving property. This will ensure the necessary preparatory work is completed as much as possible before the owner's arrival.

The owner should bring proof of ownership and/or photo identification to:
267 West Front Street
Burlington, NC 27215

Firearms that are eligible to be released to the rightful owner are done so only after the federally mandated background check is completed. This requires the owner to complete a Firearm Application (PDF).  One application must be completed per firearm.

Claiming Your Property The owner should call 336-229-3524 ext. 3534 or 336-513-5497 ext. 5449 to schedule an appointment with Evidence Control Unit to claim their property. The owner will need to provide a completed Firearm Application (PDF) and proper photo identification. Once the background check is completed and the standards to release are met, an Evidence Technician will contact the owner for pick-up.

The hours of operation are Monday - Friday, 9 a.m. to 4 p.m., excluding holidays.