The BTC staff is comprised of a group of tennis enthusiasts with a range of coaching and playing experiences that serve the tennis community because they love the game and want to share its benefits. The staff and volunteers are led by Director of Tennis, Randy Scott, who has extensive experience in many aspects of the tennis industry and offers the community world class coaching for a range of levels.  He is assisted by a part-time staff who goes through on-going coaches training program so to better assist in coaching the clinics and camps while also helping maintain the facility, organize events, and assist with other services. 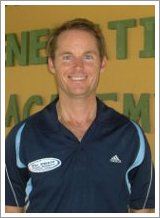 Director of Tennis, Randy Scott, is a Burlington native currently living in Graham. Randy has recently returned to NC after working overseas for two decades in the tennis industry. In a career spanning 25 years and 20 countries, he has directed programs at renowned tennis clubs, hotels, and resorts; conducted clinics and camps for national associations; founded and directed three tennis academies; and worked with two international schools to build thriving after-school tennis programs.

Todd comes to BTC with a sincere passion for playing and sharing tennis with the community. He has played tennis since he was 12 years of age and instilled his love of the game into his family who regularly enjoy the sport together. His son Karsten works with BTC as a part time staff and is himself a talented, junior player. Prior to coaching at BTC Todd served as Blessed Sacrament’s tennis coach for three years. In addition, he is currently serving as an active member on the board of the Alamance Junior Tennis Foundation. We are fortunate to have Todd, who is certified as an United States Tennis Professional (USPTA), join BTC as the Head Assistant and look forward to him using his playing and coaching experiences to contribute to the develop of tennis in Burlington and Alamance County, so others can develop their own love of the game. 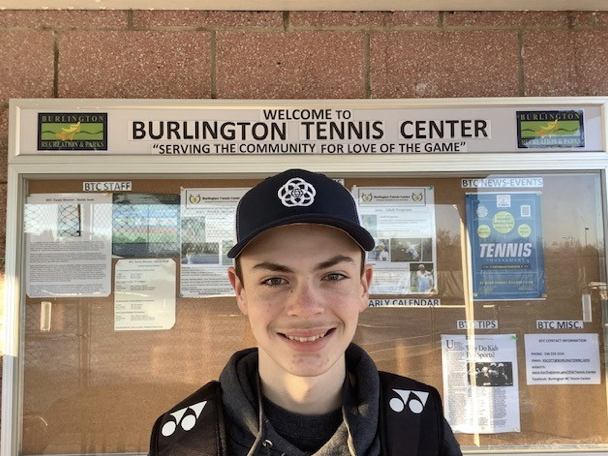 Samuel Durham began playing tennis in the 6th grade when he joined the Western Middle School tennis team.  He is now a sophomore at Western Alamance High School where he plays varsity tennis.  He has competed in several USTA tournaments having won his age group at the tournament held at BTC in 2019.  Sam is currently ranked 408 in Boy’s 16 division in NC. Sam began working at BTC in June and is currently the assistant coach for the Western Middle School tennis team.

Andrew has been playing and participating in BTC tennis programs for 14 years. As a junior he began taking lessons from Coach John Walton while competing in many junior events, and says attending clinics, matchups and playing on the summer team were his favorite parts of the week. He has been working at BTC for a year and a half and enjoys serving and coaching the juniors participating in the BTC programs. Andrew says, “I always look forward to playing tennis whether it’s just hitting around or in USTA leagues and tournaments.” 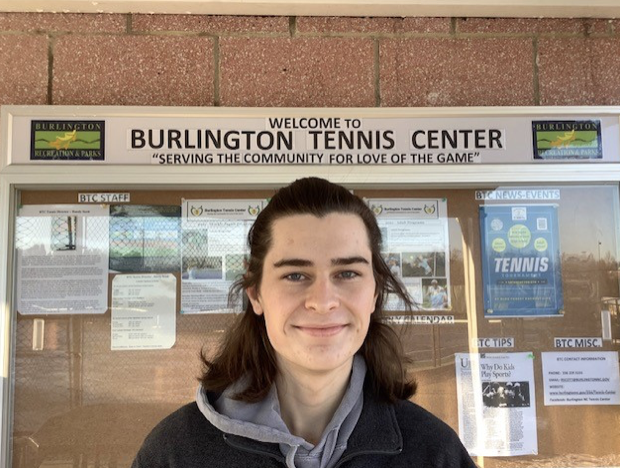 Eli is currently a senior at Williams High School and top, singles player on the Bulldogs varsity, tennis team. Eli began playing tennis in 2014 as a member of the Turrentine Middle School team. Prior to tennis, he played several different sports, including baseball and soccer, but was ultimately drawn to focus on his tennis game. Eli enjoys playing singles and has received several awards for his effort and attitude, including the Lacy Hall and Golley Pete Toney Sportsmanship Award. This year marks Eli’s third year working at the Burlington Tennis Center. 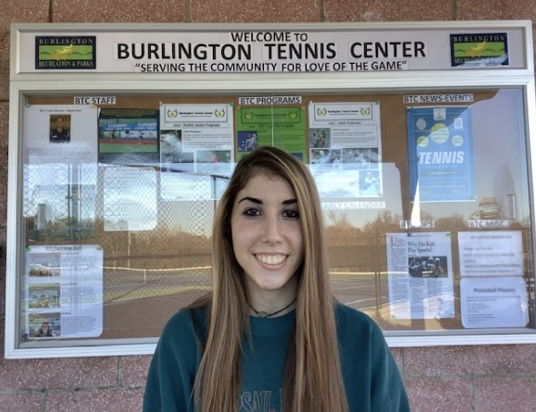 Charly currently attends Burlington Christian Academy where she has played for her high school team receiving All-Conference honors every year. She began playing tennis at 10 and fell in love with the sport after attending BTC Saturday clinics. She played for her middle school team during which time she competed in four, Huck Finn Jr. tournaments and one USTA L5 tournament held at BTC. Charly also plays on the BTC summer, tennis team every year and has worked at BTC for almost a year. 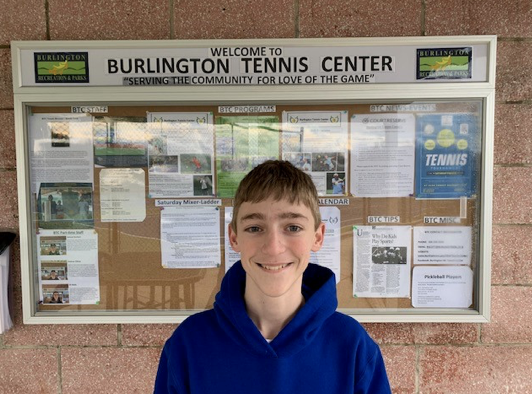 Karsten started playing tennis competitively in the 5th grade. He has played USTA Junior Team Tennis as a member of Olde Forest Racquet Club and played on the Blessed Sacrament Middle School Tennis Team. He participates in many local tournaments playing both singles and doubles. Karsten is a freshman at Bishop McGuinness Catholic High School where he hopes to join the tennis team.

Charles graduated from Williams High School in 2018 and has been playing tennis for 8 years. He was a member of the Williams tennis team as the #2 seeded player and competed in USTA tournaments as a junior. During his high school years he played his way to the regional tournament three years in a row. Charles is currently attending Alamance Community College in his last semester with plans to transfer to UNCW in the fall.