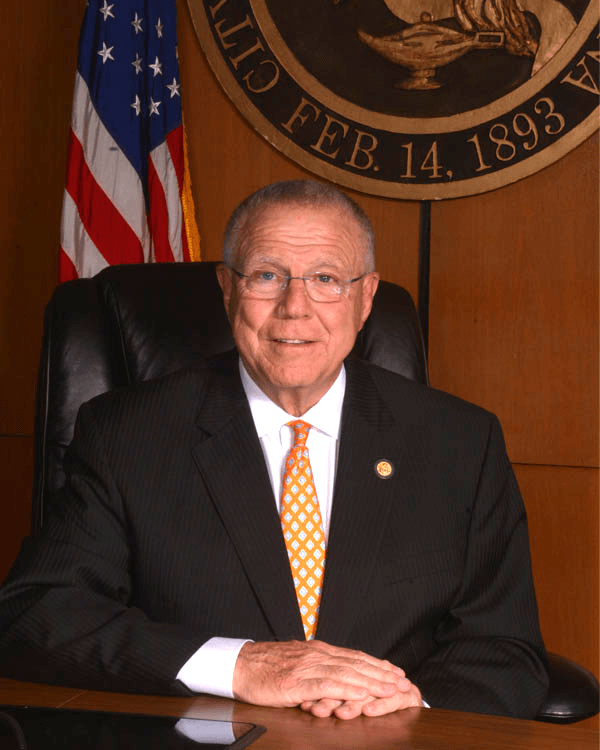 Ronnie K. Wall was must recently sworn as a Councilmember on December 8, 2021. Wall is a Burlington native and graduate of Hugh M. Cummings High School and North Carolina State University. He holds two graduate degrees - a Masters in Safety and Driver Education and a Masters in Educational Administration from A&T State University.

Wall worked in the Alamance-Burlington School System for 32 years and retired from his position as Assistant Superintendent for Auxiliary Services in June of 2011. After his retirement from the School System, he held the position of President of the United Way of Alamance County until 2014.

Wall is currently the Head of School for The Burlington School, an independent pre-K through 12th grade college preparatory school.

Wall grew up in east Burlington and wants to focus on continued revitalization of the area. According to Wall, current goals also include improving the quality of life in Burlington, increasing public safety, and encouraging job creation through various strategic economic development efforts identified during the 2011 Economic Development Summit. Providing Continued support for the development and revitalization of the downtown area is also of primary concern to Wall. Like other municipalities across the nation, Burlington will continue to be challenged by the world's current economic climate, through careful budgeting and cautious planning Wall intends to maintain Burlington's outstanding level of citizen service while working to keep utility rates and taxes low.

Wall is married to the former Susan (Susie) Black of Greensboro, and they have two children, Ann Johnson and Maggie Pinson. When not spending time with his family he enjoys golf, running, and landscaping. Wall is active in the community as well as involved in several state organizations. He is a member of First Baptist Church of Burlington.

Wall serves on the Piedmont Triad Regional Council of Governments Executive Committee, the National League of Cities Public Safety and Crime Prevention Steering Committee, and the Piedmont Authority of Regional Transportation Board of Trustees. Mr. Wall is also an at-large member of the executive board of the NC Metropolitan Mayor's Coalition.

Mr. Wall served on the Department of Transportation as a Governor Beverly Perdue appointee from 2009-2013. 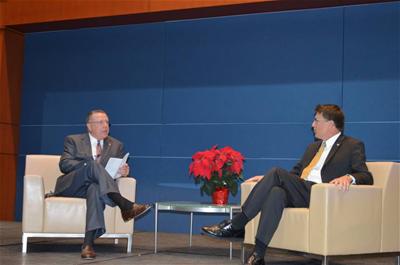 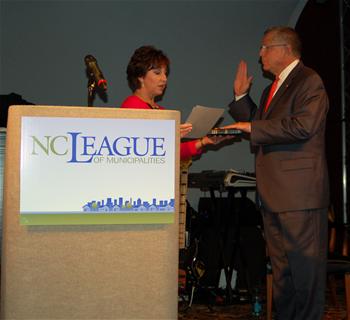 Councilmember  Wall took the oath of office as President of the
North Carolina League of Municipalities in October of 2014. 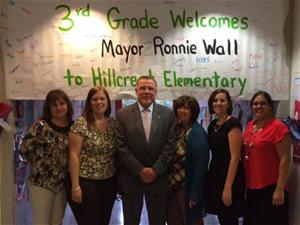 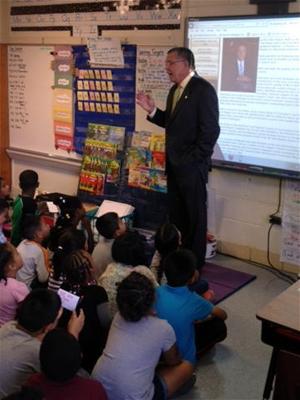 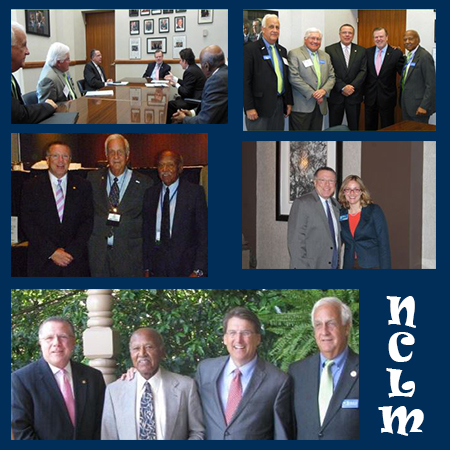 Councilmember  Wall plays an active roll in the North Carolina League of Municipalities,
serving as the Second Vice President of the Board of Directors. 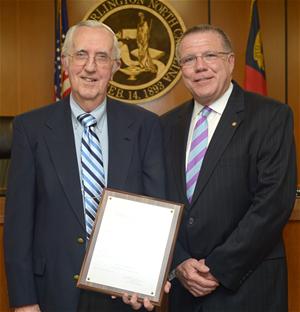 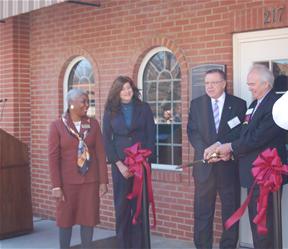 Councilmember  Wall helps to cut the ribbon at the dedication of the
Elon University Downtown Center for Community Engagement. 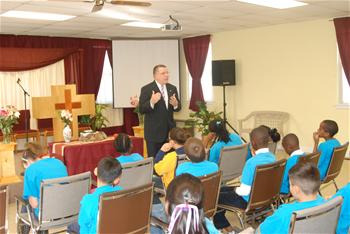 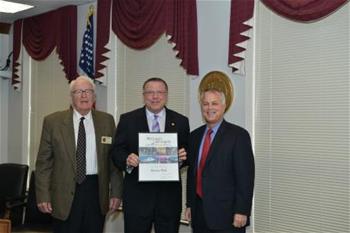 Councilmember  Wall stands with NCDOT Board Chairman Collier and Secretary of Transportation Tata
as he is presented with his "Road Gang Member" certificate for service on the NCDOT Board. 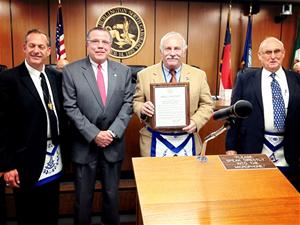 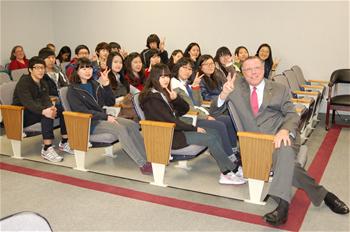 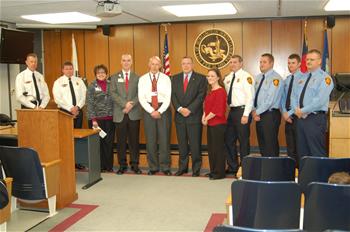 Councilmember  Wall with Burlington Firefighters and Alamance Regional Medical Center Representatives as the BFD presents $8,000 to the ARMC Blue and Pink Ribbon Funds. 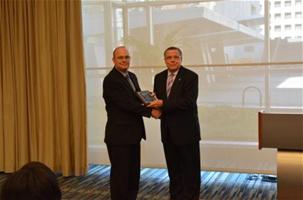 Councilmember Wall presents James Trogdon, III (Chief Operating Officer of the NCDOT)
with "A Friend of the Mayors" Award from the NC Metro Mayors Coalition. 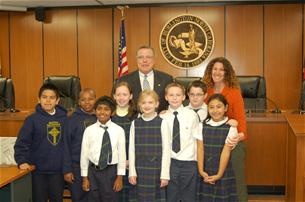 Councilmember  Wall had the opportunity to speak to Ms. Carrigan's 4th Grade Class from Blessed Sacrament School about local government and the City Council on December 7, 2012. 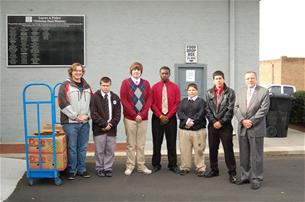 Councilmember  Wall congratulates students of Ray Street Academy for their work in collecting canned goods and turkeys for a Thanksgiving donation to the Loaves and Fishes Food Ministry.