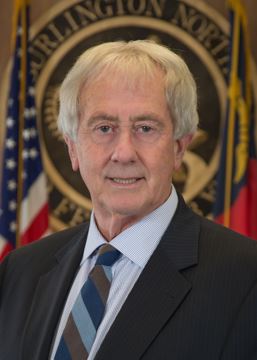 City Council Member Harold Owen was first elected to City Council in November 2017. Before being elected to City Council, Owen served as Burlington's City Manager from 2002 to 2015, after having been Burlington's Director of Recreation and Parks for the previous 14 years. He holds a Bachelors of Science in Recreation Resources Administration from North Carolina State University and a Masters of Public Affairs from the University of North Carolina at Greensboro. Owen is married to wife , with whom he has two daughters, Crissy and Constance.